There are bits of wisdom that says if you do something for a month, it becomes a habit.  Sometimes I’ve read sixty days, but the point is the same.  Repeating an activity over and over will burn paths in the brain that make it easy for the neurons to follow on an ongoing and consistent basis.  I’m sure it’s way more complicated than that, and maybe the phrasing is incorrect, but I’m not a neurologist.  I’m a writer, and sometimes the facts are just pesky details that don’t necessarily change the point of the story.  As long as you get the gist, it’s close enough for government work.

So here I sit, having completed and posted three hundred and sixty five days of raw story, straight to the internet on my blog without much more than a read through with my wife, and a correction of words that make me stumble when reading aloud.  No second drafts, no “set it aside and read it in six months”.  Just out of my brain, into the word processor and posted onto my blog.

This has been an experiment I needed to do.  I’m a decent enough writer with four novels published and enough short story sales to have a collection out in the wild.  But I am by no means a best seller.  Oh, I’ve won a few awards, been nominated for a few more, and get fan mail from time to time.  But I’m not currently under contract for anything and I’m starting to feel all stretchy and warped in the weave.  My perceptions are not as they once were and that is a very good thing.

This has been practice as much as anything.  Oh, I do love the characters I’m playing with and I have been told I’m telling a ripping yarn, but not all days are stellar.  Some are flat, while other draw laughter or tears.  It has been a journey of discovery and exploration for me as a person and as an artist.

I occasionally have the opportunity to teach at conventions or workshops (which I love doing, if you need a teacher for your convention or workshop) and when I look out over those eager faces and open minds ready to be filled with super sekrits and words of wisdom, I always tell them the same thing: You job is mind control.

I tell them other things as well, but this is something I say every time.  Then I go the next step and explain why I believe those words.  For you see, as a story teller I have had some amazing experiences being in the room with friends and strangers, telling tales, and acting/reacting based on their reactions.  Sometimes I embellish parts of a story where folks seem confused, or drive a point home with humor when people are laughing.  It’s a wonderful experience that really helps hone the skills of a true craftsperson.

But when you write a story and send it to other people for their reading pleasure (hopefully with a commensurate monetary exchange in your favor) you don’t have the luxury of sitting with them and catching the nuance to tweak and embellish the story.  Once it’s set onto paper or electrons, it is up to their imaginations to bring the story to life, and they can only imagine the things you have told them.

The words you put down on the page should be dictating exactly what you want them to think.  Oh, I don’t mean true mind control where they are zombie slaves from now on, though that could be cool.  No, I’m just talking about that brief bit of time when they have voluntarily given their time and energy to consume something you have created.  For that time it is your responsibility to give them something that is challenging and entertaining, detailed enough to move them along to the end, but not so over burdened that it drowns them.

It is this mind control moment that I strongly believe is the key to being a successful writer.  You must engage the reader with imagery and emotion, details of plot and characters and a deep love for the craft and the story.  If you can do these things, you can be successful as a story teller and a writer.

Now, defining success is a totally different subject which I’ll save for a different blog post.  I have read well established authors with decades of recognized public success who fail at this task from time to time.  I have not read, and do not know personally any author who have been successful 100% of the time.

But you have got to try to succeed, and you have to practice your craft.  Here’s an analogy.  Michael Jordon is arguably one of the best basketball players of all times.  I don’t follow basketball, but my daughter did for part of her high school career, so I ran across this fact.  When interviewed here’s how he described success: 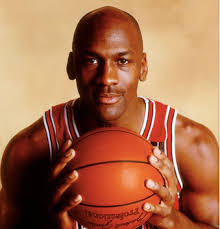 “I’ve missed more than 9000 shots in my career. I’ve lost almost 300 games. 26 times, I’ve been trusted to take the game winning shot and missed. I’ve failed over and over and over again in my life. And that is why I succeed.”
As quoted in Nike Culture : The Sign of the Swoosh (1998), by Robert Goldman and Stephen Papson, p. 49

I find this to be an amazing view of an outstanding and highly successful career.  Think about his words.  He succeeds not because he wins, or makes the critical basket, but because he fails.  Because he had the courage to put himself out there, put up those shots and every day strive to be the best athlete he could be.

My dear friend Jay Lake had a mantra he would share with damned near anyone who was sitting still long enough for him to get out the words.  He was an outstanding writer and a wonderful mentor to anyone who desired his input.  One night we were eating at a Denny’s near the convention hotel at Norwescon, one of the Pacific Northwest’s largest and most awesome conventions, and he asked me what I thought it would take to be successful as a writer.

I had just decided through osmosis apparently, to start writing a story a month to hone my craft.  Frankly at that point the thought of being able to write a story in a month was daunting, but I was willing to buckle down and do what I needed to do for my career.

Jay, bless his golden locks and wicked smile, leaned over to me and said.  “What happens if you write one a week?”

“You’ll get the experience you planned for a year, every three months.  Think about it.”

Well, if you know Jay, or not , let me tell you, that man could put down some words than anyone I’ve ever met — millions upon millions in his lifetime.  But that challenge was too much for me at the time.

Fast forward to August of 2015.  I was struggling with writing anything, had been for over a year (almost two) and I was tired of feeling the way I was feeling.  We were coming up on Worldcon in Spokane and I could no longer call myself a writer or justify going to that convention if I wasn’t actually writing.

But as many writers, I have this little voice in the back of my head that tells me my words are precious and that I should sell everything I write.  This I know to be utter rubbish, but still it whispers up from the back of my mind from time to time.

So to squash that niggling voice, I thought of Jay who we lost far too soon, and decided to do him one better.

On August 3rd, 2015 I sat down and wrote the first entry in my Cleric Journal serial.  Remembering Jay’s elder wisdom, I scheduled the bit of story to go out the next day at six in the morning and went to sleep that night with a smile.

Around day seventy-one, a good friend of mine, K.C. Ball suggested that the last episode would be a good place to cut off the story and call it a novel.  Honestly I had not considered that, but I loved it.  So I paused for a few days, wrote some blog posts about “the making of…” and started back up with book two, grinding out a thousand words or more a day, every day, for what has now become three hundred and sixty-five days of story with a total word count of 393,911.  I do not count the blog posts I did between each “book”.

Right now I’m about half way through what I’m considering book six.  Each one grows a little over the last as I find better skills.  I’ve used this to experiment with my craft and do things I have been afraid to try.  For me this has been a daring adventure that continues to excite me and fills my mind with story every day.

I plan to finish book six in the next two months and start in on book seven when that is done.  I have a rough idea that the series will end after book ten, but who knows what will happen when I get there.

Feel free to start reading this from the beginning if you want, or wait for paper.  Yep, I’m working on synopsis for book one as we speak and hoping to get that over to my agent in the next couple of days.  I’d love for her to sell this series to New York.  It will take revision, because it has been first draft work with absolutely no outline to speak of, but it’s been fun.

And I have to tell you I continue to learn, every single day.

One last insight.  I’ve written every day come hell or high water.  Others before me have done this, but for me, this has been a marathon that has taken my craft and my attitude to the next level.

2 Responses to “The art and craft of a serial: one year of the Cleric Journal”

The Fellowship: The Literary Lives of the Inklings

The Prey of Gods