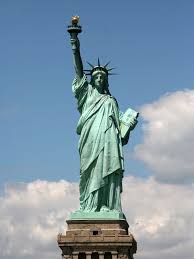 To my friends standing on the edge of the cliff, lamenting the fall of the Republic, please take one step back and breathe. I’m not asking you to be less angry, I’m not asking you to stop feeling what you are feeling.  Just take a breathe and slow the panic.
No, I’m not happy with the current state of politics, hell, we’ve been moving toward oligarchy since Reagan. I’ve written and read enough science fiction and history to know what the possibilities are. But John McCain voting on a procedural vote is NOT the same as jack-booted thugs burning your house down.
Make those calls, because the true debate on the legislation is about to start. Without this move forward, we’d be stuck in limbo for even longer with no decisions. Once they have the debate then they will vote. Once they vote, then we can decide how to react.
Of course call your senators, call your congress critters, it is our right and our need. But don’t step off that cliff ahead of reality. We’ve been in worse straights as a country historically and this is something that can be fixed.
Bernie has great ideas, but he’s not going to be our next president. Hillary is too problematic for another run. We need to find that next voice. But before that voice can do any good, we have to find a way to deal with the real issues in this country. I hear the Dems making some noises in that direction, but face it, I know of very few politicians who have any clue what the true issues in our country are. I’d love for someone to step up and lead. I don’t see another Teddy Roosevelt in our near future, but I can hope. And yet, hope is not a plan.
Right now I’m strongly considering recruiting Myke Cole to run for Congress. Of course, he may never return from Greece, but who knows.
I know you are scared. I know things look bleak. I’m angry and frustrated as well. But I cannot lose hope, I cannot give in. For all our faults, I believe the United States of America is an experiment worth continuing. I may disagree with some of the folks out there, but that’s part of the experiment. We need to start talking across the divides, bringing people to the fold.
I’ve personally witnessed recalcitrant people change their opinions based on facts. I have watched fervent evangelicals open their eyes and find tolerance.  I’m not here to judge your religious beliefs, but I see few Christians depicted in the DJT psychosis who would even recognize Jesus Christ, much less follow his tenets.
And I’m not an idiot.  I know we have a horrible history of abuses and genocide in this country.   We have privilege that is off the scale, privilege based on race, religion, education, and economics.  None of us are pure in this conversation, so we need to recognize the beam in our own eye before we worry about mote in others.
Remember where there is breath there is hope.  The people reading this are intelligent and creative, I know most of you.  Find solutions, but for the love of Pete, please take a breath.

Rome is not burning.

One Response to “Rome is not burning”

The Girl With All the Gifts on Audible